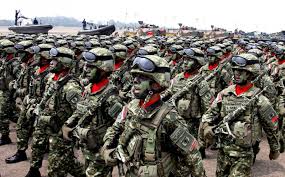 The Indonesian Army (TNI) announced it would build the Army Strategic Reserves Command’s (Kostrad) III Division in Central Java, thus, quashing rumors that it would be built in Sorong, Papua.

“The III Division will be built in Central Java, while the headquarters might be built in Semarang. Military personnel for this division will be transferred from other units or agencies to be more efficient,” Budiman said on Saturday.

According to Budiman, Kostrad III Division will be a reserve division for the Defense Strategic Plan (Renstra).

Currently, there are only two divisions in Central Java due to the funds needed to finance three infantry brigades, one field artillery regiment and one cavalry battalion in each division, in addition to medical battalions and essential supplies.